Apps Development: Then and Now

Photo by VanveenJF on Unsplash

Apps help us with so many functions of our daily life. You can get apps that will wake you up in the morning, track the calories from your breakfast, give you direct access to your bank account, and so much more. When you get to work, you probably use some sort of computer or online application to assist with your work, no matter what kind of job you’re doing.

Applications are everywhere and they’re not likely to fade away any time soon. But, it wasn’t always this way. App development has come a long way over the decades that it’s been practiced.

App Development in the Past

Computers have been using apps from the beginning. Apps facilitate normal computing functions and allow people to interact with computers more efficiently. At the start, apps were very compartmentalized and closed off. There were versions of software released with hardware or on CDs. Apps weren’t often downloaded, because the internet wasn’t a major part of early computing.

Once the internet started to improve, some apps were developed to be downloaded, but the major distribution still involved hardware or disks. It wasn’t until the 2000s that things started to shift more towards the internet. Programs started running on web clients, independently of user computers. The software would update to the next version without you needing to download or install anything.

Then, mobile phones entered the scene.

Smartphones marked the beginning of a new era in app development. Whereas before apps were primarily backend and functional, and online software development was growing but still small, mobile phones demanded something completely different. Suddenly, users needed quick, convenient, smaller apps to help them use their smart phones. The iPhone wasn’t the first smart phone, but it marked an enormous shift in usage and functionality.

The largest market for applications used to be computers but once mobile phones started to gain popularity, app developers quickly shifted their focus as well. Apps weren’t always a lucrative market, but they grew into a highly profitable venture as millions, then billions of people began using smartphones.

Today, mobile app development is in high demand. Businesses launch their own apps and companies launch money-making apps that make revenues from ads or in-app purchases. You can find almost anything you need from a free or cheap app, with more new and unique apps being added daily. Each and every app needs maintenance and updates, all of which require further development.

Mobile apps have taken over the development world. Online applications are still prevalent, but mobile is outpacing everything else by a significant margin. Web apps tend to be easier to build and can often be made from existing templates, while new mobile apps require a lot more work from the ground up.

CDs and software delivered through discs are not the norm anymore. If an update is released, you can now download it directly. It’s so seamless that you may not even notice when a small update is released, downloaded, and installed. No more purchasing new discs just to get an updated version. The future is far less hands-on.

How Development Has Evolved

Mobile devices and online applications drive the market. While there are still significant products released for local computer use, especially larger programs that are more feature-heavy, most apps are shifting to online and mobile. Even software that was traditionally local, such as word processing, is now shifting to online with large industry brands creating lite versions of their software for the everyday user. These lite online versions are the consumer preference on mobile devices and netbooks.

Today, AI is a big part of new trends in development. It can be used for personalization of apps and to add machine learning elements into both professional and personal applications. AI in apps is getting more advanced every year. Businesses are starting to adopt AI into all their applications in order to stay in line with growing demand for up to date, highly personalized software. Watch this trend closely to see how AI will be creatively deployed in future apps.

How Will App Development Change in the Future?

The future of technology will be shaped by those who embrace it and manage to push apps to new limits. Many experts in the field predict that AI will have an enormous impact on app development in the future, taking over many of the low-level coding and development tasks and freeing people up to focus on creativity and unique features.

Who are these future change-makers? We don’t know for sure. Some of them are likely to come from the top technologically focused universities. According to research from GetVoIP in 2016, MIT is the top technologically advanced university in the US. This makes sense, considering some of today’s top tech companies were started by MIT graduates, including HP and Qualcomm. Even LinkedIn was created by an MIT graduate!

It’s not all about where you study or what course you take. App development is such a rapidly changing field with low barriers to entry. All the information you need to learn app development is available online. People from countries all around the world are marking their mark on tech. We can expect innovations to come from everywhere, be it our own backyards or international tech hubs.

Wherever innovation comes from, we can expect the see app development continue to get simpler as time goes by. More of the monotonous work will be taken up by tech so developers focus on the problem-solving aspects instead. 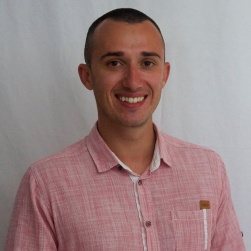