Are you haunted by making app marketing mistakes, regardless of your experience?

As an app marketer, do you know the mandates for building and marketing an app, but still find yourself ignoring these practices?

In this article, I’ll tell you about the three most common mistakes app marketers make, along with giving you suggestions for how to effectively avoid these marketing pits.

1. Not building a good enough app

According to the latest available data, as of July 2015, there were 1.6 million apps in the Google Play Store and 1.5 million in Apple’s App Store.

This means competing in the app stores is tougher than ever.

There are a lot of success stories, but there are also many failures. In fact, for every Uber or WhatsApp, there are thousands of apps that sink without a trace.

There could be two causes of these failures.

Either the app is not up to the mark, in direct terms, coming in low on design and features. Or, the app is brilliant but hasn’t reached the right target audience.

In the latter case, you can blame the marketing efforts (more on that later), but if the app itself is not good enough to sustain itself and compete in the app stores, then probably it is a victim of bad design and development decisions.

Many of you may not be coding yourself. But even so, you should be able to easily tell the difference between an app that is a pleasure to use and an app that is just built for the sake of building it.

Apps with great functionality and design are a win in themselves. If your app is not good enough and doesn’t serve any purpose, even the marketing efforts will fail.

Here are a few things you can keep in mind while developing your app:

a. Hire the right team

Getting the right people to implement your idea is one of the most important tasks. Outsourcing your product development needs is the fastest and the most efficient way to do this. But, the question is how do you hire the right developer?

Rahul Varshneya, the cofounder of Arkenea, explains one of the characteristics you should look out for in a recent blog article:

There are good developers and bad developers everywhere. The truth is that you get what you deserve. If you go for the cheap, outsourced talent, you will get a cheap product experience.

If you’re unsure of the quality of the team you’re talking to, ask to speak to their CTO about the company’s engineering process. If they don’t have a robust process, they are less likely to deliver a quality product. Make sure you interview the engineers personally–it’s not just about the technical skills but you also have to be comfortable working with them.

b. Build what people want and not what you like

Assuming a user’s behavior could backfire.

Know who your users are, and make sure that your app offers a solution to a problem they have (not a problem that you want to solve).

This requires an understanding of why people would return to use your app on a regular basis.

To understand your prospective users, you should:

Now, design can be subjective. But every well-designed app will have a proper user interface, will be easy to use with smooth functionality, high image resolution, careful placement of buttons and a supreme user experience.

c. Launching as an MVP is totally OK

If you are on a tight budget or short on time, start with the minimum number of features you need to fulfill your value proposition and then move on to other features once you’ve got at least a few users.

However, don’t make the mistake of loading your app with all possible features, without even one feature working properly. The failure of Google Wave is the perfect case study in this context.

Google Wave failed, and was shut down within six months of its launch, because the product opted to skip the MVP. Google produced a fully-loaded, feature dense app that let users do just about anything they wanted. Unfortunately, the program became more complicated and the basic usability suffered.

You can iterate later on the basis of customer feedback. For quicker iterations and cost benefit, a Developer-as-a-Service model could be your best bet.

c. Test your app and have a feedback loop

Testing your app is just as important as building it. Testing an app on logical grounds will give you a reality check that helps you determine whether your app is ready for business or not. Test at various platforms and listen closely to the feedback you get for your app.

In a blog post written by Spencer Haws, he explains why he took down his first iPhone app from the App Store just after 6 months, even though the app was growing in numbers.

One of the reasons for failure of his app was lack of testing.

I could have done more research to verify that the app would function properly with a large group of users. I will say in my defense, that I DID indeed do lots of research and had many back and forth conversations with a few different developers. I asked specifically about the feasibility and functionality, and while some questions were brought up – the issue that eventually killed the app – was never one of them. This results in the app not being able to create an impact as big as it thought it would and the app gets discarded immediately and fails miserably.

2. Building and then marketing

Building is not enough; making sure your app is discovered is equally important.

Like charity begins at home, marketing begins from the ideation phase.

App developers often use all their resources and energy in developing the app and overlook the marketing process, which in turn results in the failure of the app.

So, involve your marketing team in the product development phase itself. Have a go-to marketing plan ready for prelaunch, launch, and postlaunch of your app.

You might remember Everpix, the Cloud-Based Photo startup, which raised $1.8 million from investors. Unfortunately, Everpix died within two years, because the startup made the mistake of marketing too late.

In fact, the founders acknowledged that they spent too much time on the product and not enough time on growth and distribution.

An article on The Verge performed a post-mortem of Everpix and the reasons why it died.

They weren’t sales people. They were developers and designers, and relied on the product to sell itself. They began marketing too late. They failed to effectively position themselves against giants like Apple and Google, who offer fairly robust — and mostly free — Everpix alternatives.

Lesson learned: Just publishing your app in the app stores won’t garner huge downloads. You will have to create engagement mechanisms for your app to connect with your prospective users.

3. Marketing in the wrong places

In a #BiteSize interview with Arkenea, Brian Balfour said:

The biggest mistake I see startups make is that they take a shotgun approach. They don’t know what’s going to work, and so they take the standpoint of “I’m not going to decide, I’m going to try everything.”

That’s one of the biggest mistakes most of us make. Instead of focusing on one growth channel and giving it our best, we try to focus on multiple channels.

As an app marketer, you need to identify your growth channel. In the same interview mentioned above, Brian further elaborated these growth channels.

There’s only really five channels that are super scalable – sales, paid acquisition, virality or word of mouth, search such as large scale SEO and content marketing. And if you look at most $100 million companies, they have scaled off of one of those five channels.

In terms of finding the right growth channels, it’s about listening and understanding where your prospective users are.

Dave Kerpen, best-selling author of Likeable Social Media, believes that finding the right social channel can bring in some clarity here. According to Kerpen, if you’re a major consumer brand, you have to be on Facebook; if you are a sports or entertainment or media brand, you should really think about Twitter. If you’re a B2B business, then LinkedIn is probably your primary. If you’re eCommerce, then Pinterest is super important. So, think about who you really are and who your audience is, and where that audience is.

Unfortunately, there have been instances when even the most-promising marketing strategies turned out to be short-lived channels.

The truth of the matter is that even though a media push can drive excitement around your app and spur downloads, the effects are sometimes far from lasting.

TechCrunch reviewed case studies of apps that got featured on Shark Tank to determine the long-term effect of massive promotion. Despite millions of viewers and even the recommendations of the show’s investors, TechCrunch discovered that the “Shark Tank Effect” only bumped up app downloads around the time of media exposure. The “Shark Tank Effect” did not guarantee the app’s success in the long run.

The solution to this is to build an app that sustains its own growth, and to continue seeking out media bumps to help spur along your downloads.

Build an app that solves a problem and is great to use. Involve your marketing team from the development phase of the app, so that they keep the go-to marketing strategies ready. Find the growth channel which is most suitable and reliable for your app’s niche. Hustle and repeat! 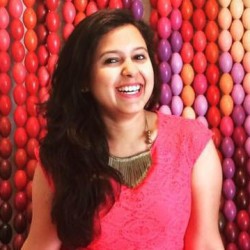