Tips To Keep Gamers Engaged In Your Game

All games are made with a single purpose: engaging players for an everlasting time span. Despite putting your heart and soul to your games though, it can fall way short of this aim and you end up creating a mediocre one.

When it comes to creating a game, versatility is a recipe for success. Despite their differences, all celebrated games share common features so make sure your game covers all these essential attributes:

First thing first. Loading time could make or break your entire game. This is the first hurdle you have to clear in order to increase the engagement rate. Going by the stats, most people quit a website if it takes more than three seconds. Same is the case with gamers.

Games are usually designed for the younger generation who are generally more impatient than others. Regardless of how well you have designed the rest of the game, what is the use of all your hard work if nobody is going to see it in the first place?

Longer loading time is a big turn off. Make sure you don’t overlook this all-important aspect while making the blueprint of your game. Especially if you want to make money with games.

How would you feel if you just started playing a game and you die instantly without exploring anything? Of course, you are least likely to continue the same game. The same stands true when a game seems too simple from your standard, and you sail through every stage in a flash.

This is where balance swings into action. Gamers love to take challenges but not tougher than what they can stand. Likewise, gamers love to win, but the victory is not worth it if it comes too easily.

Simply put, your game should be somewhere between “super easy and very tough”. When a gamer believes that winning your game is not easy, but they can clear all the rounds by giving their hundred percent, this feeling makes them return to your game time and again.

In real life, rewards are given to appreciate the hard work of someone and uplift morals for future tasks. Same goes for games. It can get exhaustive after some time, and gamers might quit unless they are rewarded.

Introduce some kind of reward to waive off the fatigue from players. It will help them gather some courage and head on towards the upcoming rounds with equal gravity. Incentives in any form should be based upon merit. For example, a tough round means more reward and simple round accounts for less.

Without introducing the local language, you can’t expect people to connect with your game. For example, a gamer can’t understand the rules of a game if they are not explained in his local language.

Similarly, there will be other communication hurdles. Like admin message, custom updates and so on. Only a local language can bridge this communication gap.

Sometimes just when a player starts to get the feel of a particular round, it ends abruptly. That’s the hallmark of a mediocre game. Just like platforms such as Unlimited Gamez Mo, you have to maintain the interest level of gamers.

At the same time, the session should not prolong too much where it begins to creep dullness into gamers. The timing of your game session largely depends upon your audience.

If the game is being created for children, you can afford to add comparatively extensive sessions. It is because children take time to digest the occurrences. As far as adults are concerned, most of them would be time conscious. So keeping the game stages shorter is, in all probability, going to work.

Not all gamers read the rules beforehand on how and what they have to achieve. It is your responsibility to keep telling the players during the game what they have done by now and how they can proceed further.

But your game must not pop up with too many instructions as it will end up causing disturbance to the players, and they will leave the game out of annoyance.

In the meantime, consider tossing a hint or two so that the gamer does not lose hope and remains glued to the game while waiting for your clue. Also, make everything visible to the players like a number of lives, score and suchlike.

Sound has a huge say when it comes to consolidating the interest of players. Don’t make the mistake of adding just one or two audios as your players will be bored very soon. It is recommended that you should insert a variety of sounds, and each one should be distinguishable from the other.

Remember, some gamers don’t want to be disturbed by the sounds at all. You must give them access to the mute button.

Internet speed is not the same everywhere. Some people use the internet at the lightning-fast tempo while others have to content themselves with average speed. On the same token, not all people use high-end devices.

Thus, make sure your game is lightweight so that it can be played by people from all over the world, regardless of their internet speed and device. No matter how interesting it may be, nobody would continue playing a game that is causing interruption over and over again.

Since most of the internet traffic is coming through smartphones, there is no way you can leave your game without optimizing it for mobile phones.

It is not difficult to trick the public to play your game. There are games that gained a reputation early on because they were in trend, but soon they were nowhere to be seen. However, for the long term success, your game must encompass all the above-mentioned supplements. 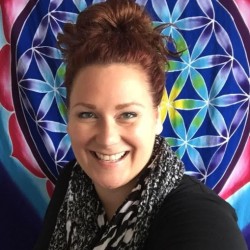 Michelle Joe
Michelle Joe is a blogger by choice. She loves to discover the world around her. She likes to share her discoveries, experiences, and express herself through her blogs.